Why did we take up a musical instrument in the first place? Sometimes I’ll ask this question to a student who has been taking lessons for a number if years, yet seems to be stagnating, but it’s a good question to ask yourself too. There must have been a spark of inspiration which lit the fire within and made you want to become a drummer, a guitarist or an accordion player.

Many of us can trace back to that moment of inspiration. When these seminal moments happen it is unlikely that we will also be asking ourselves questions such as:

These questions kick in later – sometimes a long time later. Sometimes we ask these questions of ourselves and sometimes it might be our career advisors (both official and un-official) that sow the seeds of doubt. Quite often these questions will overwhelm that blind enthusiasm that we had in the beginning and severely dampen the fire that roared within us.

When I get invited to a Wedding, my heart sinks. Not because I have anything other than unbridled happiness for the lucky couple, but because for a fair proportion of my professional life, a wedding is a ‘day in the office’.

Playing so many weddings has given me the opportunity to observe people and see how they react to the music we are playing. Adult behaviour is generally pretty easy to analyse, especially if there’s been enough ‘Chateau de Plonk’ consumed, but with children it is different and often surprising.

A great many times I will see a toddler standing in front of the band utterly transfixed by what they see and hear. They will be wide-eyed and motionless. Often it is one particular instrument which has them spellbound. While they stand there like a rabbit in the headlights, their toddler friends may be doing what most young kids do at weddings ie sliding at high speed along the slippery dance floor, oblivious to the amazing thing that is happening a few feet away from them. Some kids, for some reason, notice. Others don’t.

Something about seeing music being produced live, for real, in front of your face, is an amazing experience. It is not the same as hearing music being played on the radio, in a film, or even watching a concert on High Definition TV. Up until the day of the wedding, it is possible that the young child had only experienced music when it was being delivered via speakers – not by the instruments themselves – and this may account for the ‘OMG’ moment which they are now experiencing.

Unfortunately, the child’s potentially life-changing trance is shattered when a well-meaning parent picks them up and whisks them away to ‘safety’. After all, there will be metal things which might scratch them, big amplifiers which might fall on them, cables that might strangle them, electrical things which might electrocute them, not to mention the musicians themselves… Ah, what a shame.

With any luck the youngster’s ‘OMG moment’ will have become lodged in their mind somewhere. The wedding will have been consciously forgotten, but the experience will have had a deep impact. I cannot remember much from the age of three, can you? Yet I am undoubtedly the product of my life-experience to date.

Some babies are born into a house which is full of live music. For them, playing music is ‘what humans do, so I’d better do it too’. For these children there may not be the same ‘OMG moment’. This musically nurturing upbringing can result in child prodigies – a quick YouTube search for ‘three-year-old pianist/guitarist/violinist/drummer’ etc etc will show you that the world is full of these.

The seminal moment when someone’s ambition becomes fired need not be when they are still in nappies. I remember a particularly good gig one Sunday lunchtime jazz session in a community hall on the edge of a recreation ground in Essex somewhere. It was the summer and it was very hot, as indeed was the music! The band was swinging away better than ever and from my position on the drum stool I noticed 2 teenage lads peeping through the back door which had been left open to try and get some air moving through. They were both transfixed. I could tell they were ‘digging the band’ far more than the ageing audience in the room.

They stayed there for three or four numbers before the organiser of the Jazz Club, a somewhat robust lady of advancing years, spotted the two lads. A few moments later I noticed she had walked around to the back of the building and was telling them to ‘go away’ in no uncertain terms. What a shame she didn’t invite them in, sit them at a table at the back, give them a coke and thrust the ‘up-coming gigs’ leaflet in their hands.

I hope that the experience of seeing us play may have been sufficient for one or both of them to sign up for music lessons at school or perhaps put a drum kit on their Christmas list that year. Sadly, I’ll never know.

I find the whole child prodigy phenomenon fascinating. It is easy to become demoralised when you watch a seven-year-old genius, but it will only take a slight shift in your way of thinking to turn that demoralisation in to inspiration. In many cases a talented pupil reaches a goal early. That’s all there is to it. The defining factor is time. Look at this graph:

You’ll see that the ‘talented’ pupil reaches grade seven before the ‘normal’ student. However, because the ‘normal’ student is learning how to learn (hopefully because they have a good teacher who will teach them this) they will eventually eclipse the early-developer. At some point (circled in red) the two students are at a similar level… but look at the direction of the two learning curves!

As music teachers, I think it is important to look at some of the wider, and often deeper issues that affect your students. If they are always ‘the best drummer in the school’ it can be a nasty shock when they discover that they are not the best drummer in the wider world. Similarly, if you grow up in the belief that you are not in the same league as the high-fliers in the school, you may put an invisible and impenetrable ceiling on what you believe you’ll be able to achieve in later life. “I’ll never be as good as ******** (insert name here)”.

When a negative belief like that takes hold, as is so often the case at an early age, it can stifle musical talent or even snuff it out like a candle. As a hypnotherapist I spend a lot of my efforts in pulling out all these illogical mental ‘STOP’ signs and making way for hidden talents to flourish and grow. If you want to know more, check out the Pre-Gig Pep-Talk online course. It is crammed full of very powerful hypnotherapy mp3s which could be a game-changer for you 🙂

If you fancy trying out one of my hypnosis tracks from the course, here’s one for you with my very best wishes. 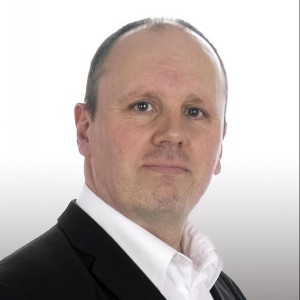 Playing in The Zone…. amongst other things.

What could possibly go wrong?

Mistakes – A Valuable Experience. In this post: Reframing a memory The ‘safety nets’ you already have That memory that KEEPS coming back to haunt